As far as astronomers know, the Big Bang is why we’re all here. The massive explosion sent all the matter we see in the universe flying, expanding rapidly and coalescing into the stars, planets, and other objects that fill the cosmos. Now, astronomers have detected what they believe is the largest explosion ever observed by humans, and it took place in a cluster of galaxies nearly 400 million light-years away.

The record-breaking explosion is believed to have originated in a black hole at the heart of the Ophiuchus galaxy cluster. It was spotted using data from NASA’s Chandra X-ray Observatory as well as the ESA’s XMM-Newton and other instruments in Australia and India.

When you think of a black hole you probably think of a point in space that gobbles up everything in its path. That’s not too far from the truth, but black holes can have more explosive personalities, too. Black holes are known to blast material into space as well, forming strong jets of matter and energy moving at incredible speeds. The initial observations of this colossal explosion were made years ago, but have only now been confirmed.

Chandra observations reported in 2016 first revealed hints of the giant explosion in the Ophiuchus galaxy cluster. Norbert Werner and colleagues reported the discovery of an unusual curved edge in the Chandra image of the cluster. They considered whether this represented part of the wall of a cavity in the hot gas created by jets from the supermassive black hole. However, they discounted this possibility, in part because a huge amount of energy would have been required for the black hole to create a cavity this large.

Further research showed that there actually was an explosion, and the big boom is now considered to be the largest ever documented by science. According to NASA, the amount of energy involved in this recent blast is around five times greater than the previous largest space explosion on record. 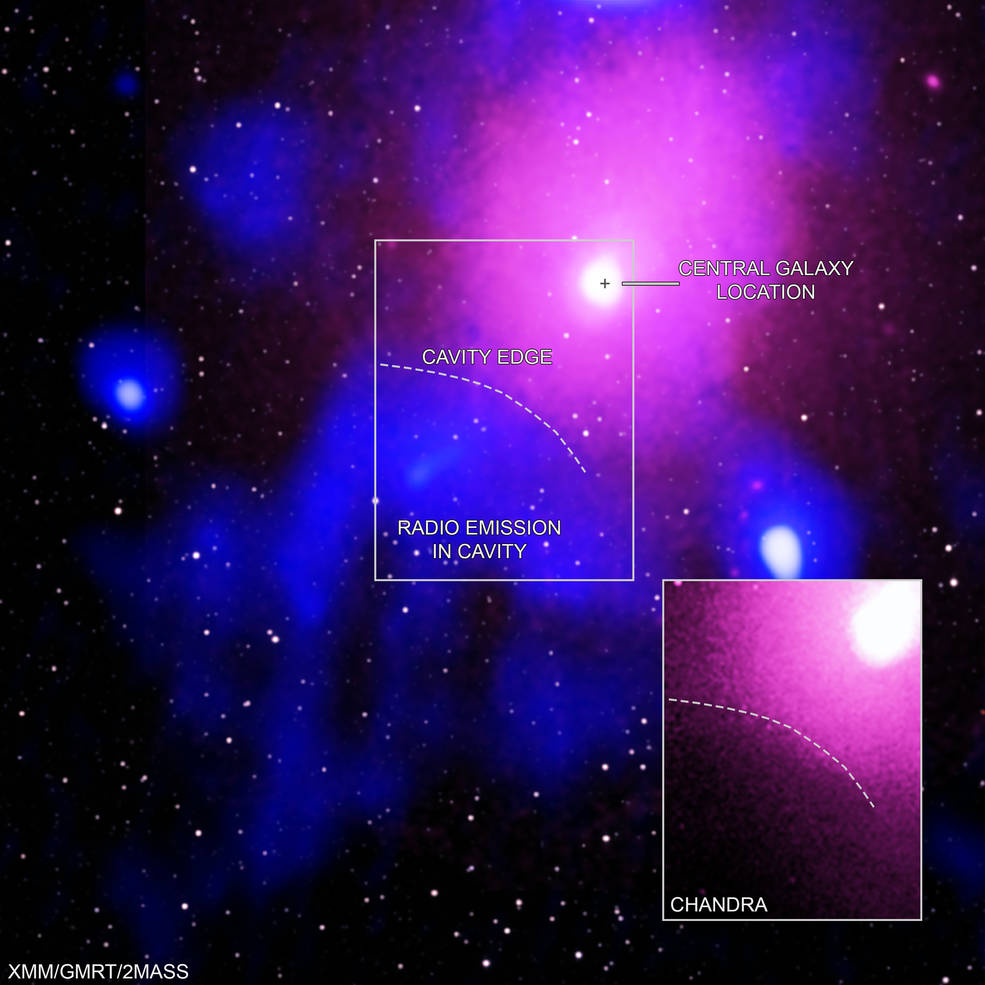 At a distance of 390 million light-years from Earth, the explosion actually took place, well, around 390 million years ago. It’s impossible for us to know what the galaxy cluster looks like today, but astronomers are using their ability to look back in time to see the record-breaking explosion today, and that’s pretty awesome.

Mike Wehner has reported on technology and video games for the past decade, covering breaking news and trends in VR, wearables, smartphones, and future tech.

Most recently, Mike served as Tech Editor at The Daily Dot, and has been featured in USA Today, Time.com, and countless other web and print outlets. His love of
reporting is second only to his gaming addiction.

Carbon-14 Spiked Worldwide Over 1200 Years Ago, And The Sun Is To Blame

A ‘pink’ supermoon is set to appear in early April, the biggest and brightest lunar event of 2020

While you’re stuck at home, here’s how to spot the International Space Station above the US